I ain't crazy but dis is true.

When I was five, I saw a entity that scared the shit out of me.

It was a black thing, white eyes, and cries purple and green tears.

I drew a drawing of it during that time. (Pretty kewl huh?)

But there was one thing that haunts me about it.

That entity echoes the word "declik" over and over.

Anyway, my dad said I was crazy. I kicked him in da ballz.

He belives me now...I hope.

Anywaey, one night when I was 6, I was sleeping on my bed, and I saw it again.

He echoed DECLIK over and over again.

I am not crazy.

To proove you I am not crazy, I drew this sketch of him the time I saw him.

I forgot to sketch the arm due to my feeeaaarrr.

But over de years, he keep on hautning me like I was his skeleton closet.

The entity came to me, and ate me.

I sketched one last thing before I was eaten. 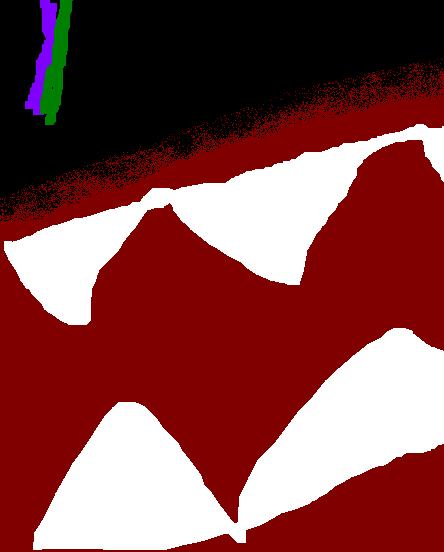 DOWN I GO INTO THE BLACK ABYSS KNOWN AS A STOIMACH

I THOUGH I WAS A GONER,

BUT BEFORE I AM FOOD, I WAS

LUCKY TO BROUGH MY PHONE

I WROTE THIS DOWN BEFORE

Retrieved from "https://have-fun.fandom.com/wiki/The_Entity_That_Echoes_Declik?oldid=8526"
Community content is available under CC-BY-SA unless otherwise noted.